What is home? What is it to repair? How does one determine what to value? How can one live responsibly in the world? These are some of the questions that Adrienne Ross Scanlan grapples with in her book Turning Homeward: Restoring Hope and Nature in the Urban Wild. In it, she describes her experiences as a newcomer in Seattle beginning to work on urban restoration projects, particularly stream and salmon restoration. Her book is an exploration of being human in a time when human action is both destructive and (hopefully) redemptive; and of searching for what is or should be valued and valuable. She questions her actions and role as a human, a citizen scientist, and a restorer of ecosystems in urban settings. Scanlan puts human values to work in ways that promote a cautious and balanced relationship with the other-than-human world.

How does one determine what to value? How can one live responsibly in the world? 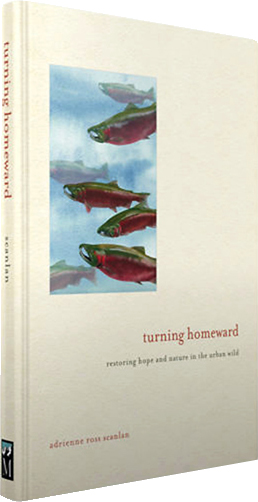 Throughout the book, Scanlan is conscious of the risks she takes in the daily decisions she makes about what to value and what to dismiss. As she explores urban ecosystems, she draws attention to the human need for home – a place of comfort, familiarity, and safety – and attempts to tie herself to place through observation as well as restoration. In her explorations of Seattle, Scanlan also emphasizes – and questions – the human desire for aesthetic, wild spaces, often hidden in a city and therefore intriguing places to discover. However, she considers her needs and the needs of the birds and other animals she encounters in her book: she wants habitat for their sake, not just for the pleasure of viewing them. As she navigates her preferences and interests, Scanlan seeks to find balance: “I want a city and a world big enough for all of us” (Scanlan 133). 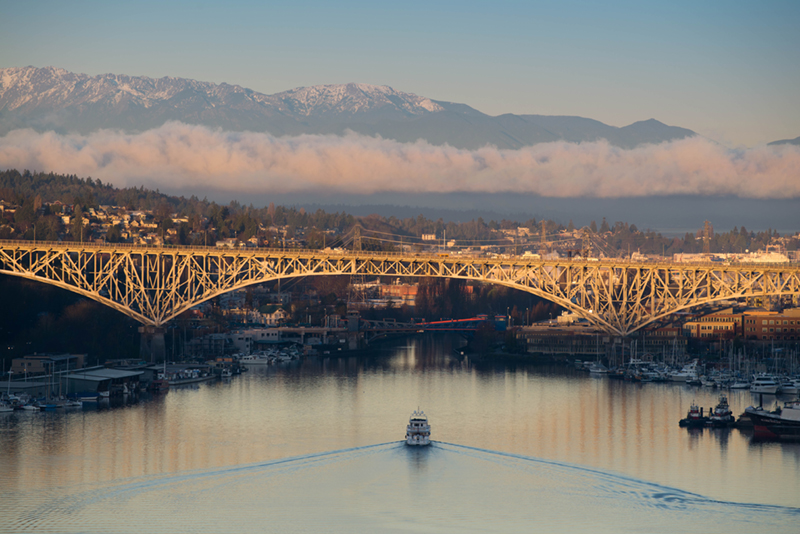 When faced with the difficulties of urban restoration and climate change, Scanlan seems to be excessively hopeful in her belief in the power of home-making and in the possibility of enjoying the planet while balancing our actions and desires in ways that support ecosystem repair. She is ready for this criticism, however, asking, “Is it wrong or naïve – or simply stupid or impossible – to enjoy spring in the face of so many harms done to our world?” (Scanlan 145). Her answer is no: “The courage and persistence to [restore] comes from the everyday gratitude of knowing turtles, toads, or whatever nature graces our small corner of the world” (Scanlan 146). We are human, with human concerns. In all her seeking of answers and ways to live, in her desire (and struggle) to find joy, Scanlan attempts to navigate our tendency to put human lives first by exploring why we make the choices we do. She argues that joy can be found through careful living and actions that are potentially positive, even in the face of increasingly negative challenges. In highlighting the possibility of hope, Scanlan appeals to basic human desires in order to shift those desires to encompass more, to find a way of navigating the world instead of the way.

Turning Homeward is full of tensions and questions about how to relate to that which is other-than-human. Scanlan writes, “No matter the roads I took or the streams I explored, it was everywhere to see: this broken world, full of lost spaces, filling its scars with beauty, bursting not with the life that was, but with what could still be” (Scanlan 55). 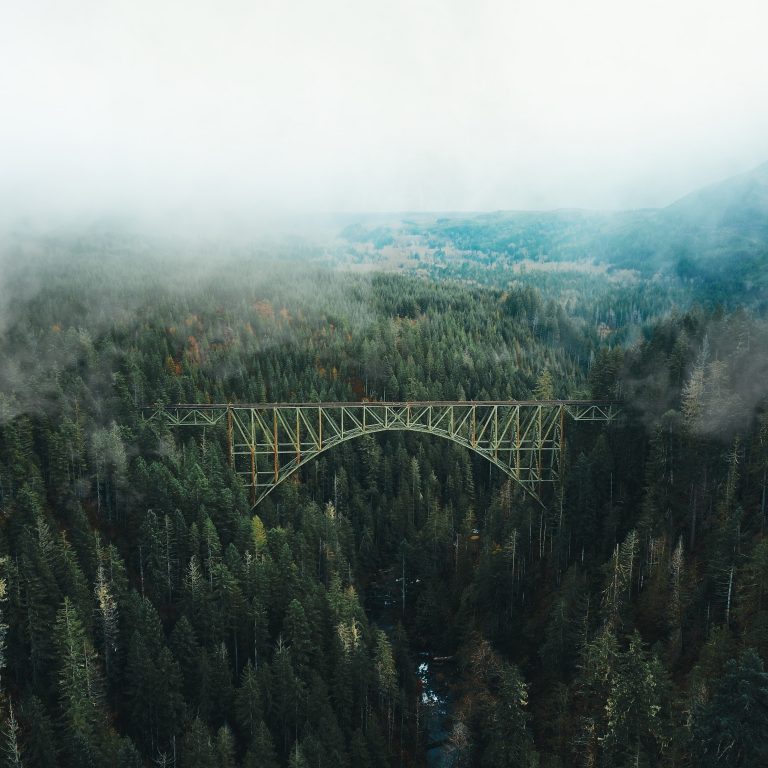 She is ever aware of the abundance and devastation around her. This is what it takes, according to Scanlan, to live in a world fighting for survival in the face of human-caused degradation: a heavy dose of awareness, self-questioning, and the hope to sustain our efforts. Scanlan’s frequent uncertainty prevents her from becoming prescriptive. She refuses to portray herself as privy to all knowledge, able to determine right and wrong in every situation. As such, her book provides encouragement to notice and take responsibility for actions good and bad. Scanlan outlines a world of compromise between knowing and not knowing, feeling good and doing good, human and other-than-human. This is a book-length recommendation to pay attention in order to make the best choices as humans with human concerns, living in a rapidly changing world that consists of more than us. Unafraid to look at her own imperfections, and the imperfections of humans in general, Scanlan has written a book that is important not as a flawless explanation of how to live and restore, but as a discussion of what it is to live without the possibility of perfection – which means that every action and every decision counts and requires consideration.

Heather Hamilton works at HCSEG as an AmeriCorps Sustainability Coordinator and manages our Farm at Water’s Edge, which is home to a variety of animals, a U-Pick Garden, and P-Patches. Learn more about the U-Pick garden Program.

Back to all news

Please click “Register” on the below menu. Once you register as a user you are able to place your bid. Thank you for supporting youth environmental education on the Hood canal!