A restoration project funded by Washington State Department of Fish and Wildlife Landowner Incentive Program (WDFW LIP) took place during the summer of 2007 at the Landowner’s request. This involved the removal of a storage structure and old machinery from the riparian area, and planting a riparian buffer consisting of native plant species.  Little Anderson Creek has been designated as one of four Intensely Monitored Watersheds (IMW) in Washington State. HCSEG placed 130 pieces of large woody debris (LWD) into two reaches of the watershed (over one mile of the anadromous zone of Little Anderson Creek). The purpose of the project is to determine the ability of the stream to increase salmonid production through LWD restoration. As an IMW, both physical and biological responses of the stream are being monitored. Additional partners on this project are the Recreation and Conservation Office (RCO) and the Hood Canal Coordinating Council (HCCC). 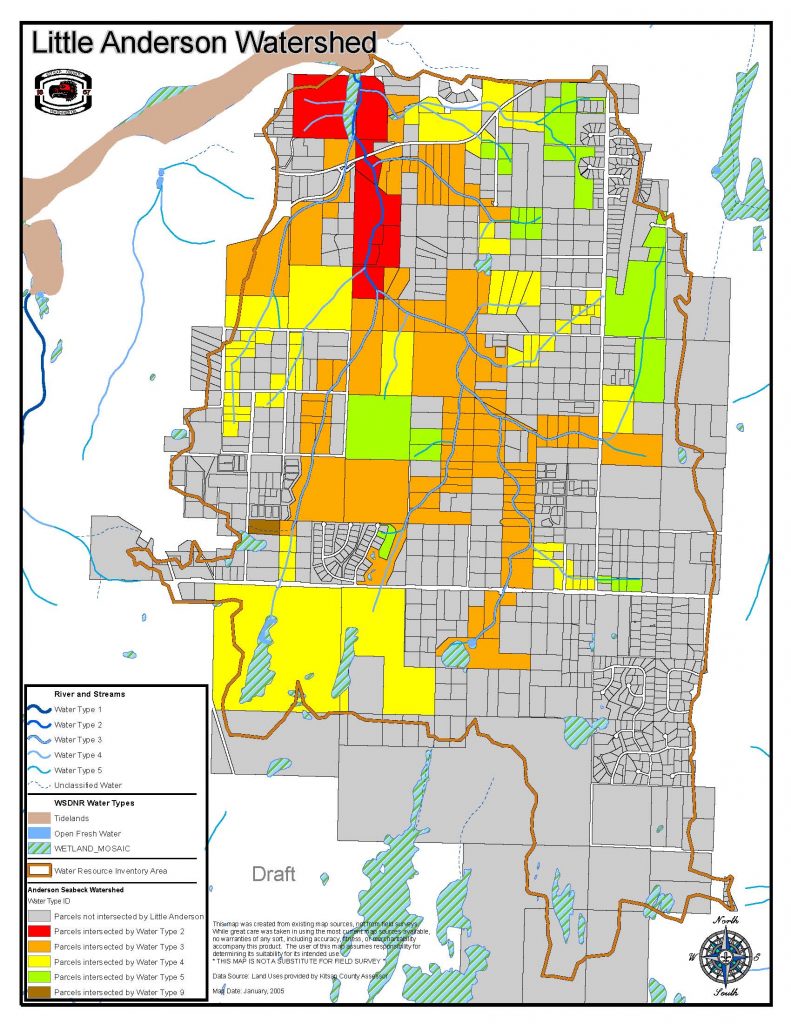