Since 1998, HCSEG’s StreamTeam interns have conducted field surveys which consist of characterizing stream habitat by collecting data on important indicators of salmon habitat quality. Over the years, interns have measured channel width, gradient, woody debris movement and more in our local waterways.

More recently, interns have established a citizen science monitoring program to collect data in the Union River Estuary, restored in 2013. The goal is to include local citizens in studying changes and successes relating to birds, insects, salmon and wildlife. As you walk the Theler Trails, look for monitoring cards as you come upon the Estuary! 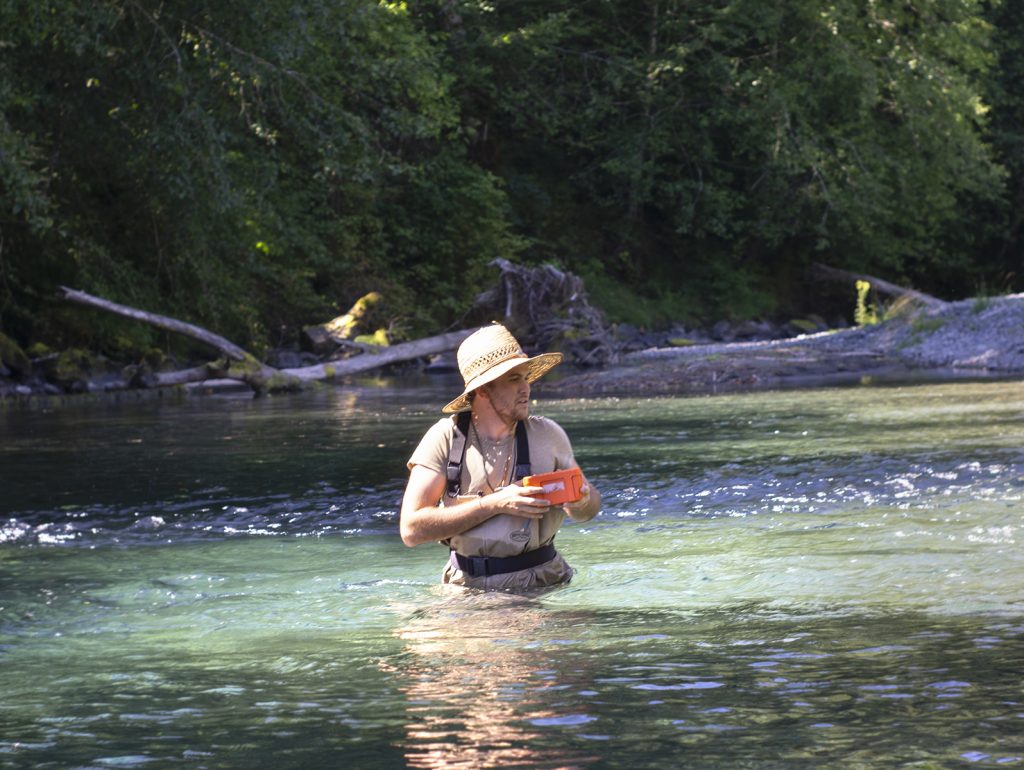