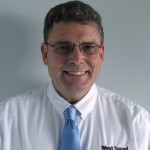 John Poppe is the Plant Manager at the West Sound Utility District’s South Kitsap Water Reclamation Facility in Port Orchard where they are doing some amazing things with wastewater treatment. He manages the plant with a focus on community involvement and has a lot of face time with Federal and State elected and regulatory officials. He has also made several trips to Washington DC to lobby on behalf of the District. The facility is already utilizing membrane bioreactor (MBR) technology and cooperative efforts in the works include diversified utilization of reclaimed water, biogas generation and reuse, microturbines, solar energy, wind turbines and geothermal energy applications.   John has a lot of knowledge in the wastewater and alternative energies fields and will assist us with educational interpretive projects to implement on our property.

John has a degree in wastewater technology and clean water is a passion for him. He has served on multiple boards including that of the Pacific Northwest Clean Water Association, the Water Environment Federation and the Puget Sound Clean Air Agency. John was the Chair and Facilitator of a one day Membrane Bioreactor Technology Summit that Norm Dicks, Mason County Commissioners and various state agencies attended. He was also Chair and Facilitator at a 2008 Energy Summit sponsored Representative Larry Seaquist and Senator Phil Rockefeller and the 2009 Water for Life Summit for world water treatment technologies. John is skilled at making partnerships work and is a great asset to the Board. 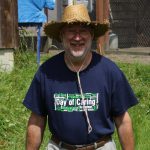 Michael Siptroth is a local teacher with the North Mason School District. He teaches students in grades K-5, and leads the Environmental Studies Club at Belfair Elementary School. He also leads EnviroCamp, a youth summer camp offered at the Salmon Center, educating students on the environment, agriculture, and sustainability. Michael is involved with other organizations locally and is an active Kiwanian. He owns and operates Mountain Lake Farm, a local organic operation.

Mike Henderson is a founder and has served as Chairman of Albina Community Bank since its founding in 1995 in Portland, Oregon.

Mr. Henderson retired in February 1998 as President and Chief Executive Officer of PacifiCorp Holdings, Inc. which held interests in energy, telecommunications and financial services. After his retirement from PacifiCorp, he invested in several small and growing companies and was the CEO of Pinemeadow Group, a manufacturer of golf clubs and other consumer products and CEO of Prolifiq Software.

From 1986 to 1991, Mr. Henderson served as Chief Executive Officer of Crescent Foods, Inc, a Seattle based spice manufacturer. He previously headed the Northwest consulting practice for Deloitte Haskins & Sells during a seventeen year career there. Mr. Henderson was both a CPA and Certified Management Consultant during his tenure with DH&S.

Mr. Henderson is a director and chairs the audit committee of North Pacific Group, an employee owned trader, distributor and manufacturer of wood products with more than $1 billion in annual revenues. He served on the board of Longview Fibre, one of the country’s larger pulp and paper producers, until its sale in 2007. He serves on the board of Prolifiq Software, an internet technology company serving the marketing needs of Fortune 1000 companies. He has served on the boards of several non-profits including the Oregon Museum of Science and Industry.

Mr. Henderson has been coming to Hood Canal since early childhood and now splits his time between Portland and his home here on the Canal. He is an avid outdoorsman and believes that preserving the native salmon will have a positive impact on the quality of our environment.

Tom moved to Belfair, Washington, several years ago after spending much of his life in Bremerton. A Washington native, he graduated from University of Washington with a degree in Atmospheric Sciences. He worked at the Naval Shipyard as a Nuclear Engineering Manager and is now retired. His wife, Dorinda, is also a longtime resident of the area. Besides being an active volunteer with our organization, he is one of the North Mason Cancer Crusaders. Tom enjoys fishing, hiking, gardening, and the outdoors. Tom has been a Board member since 2010. 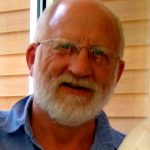 Denny Hamilton is a human resource development professional involved in creating, designing, facilitating, managing and evaluating competency-based, capacity- building events, workshops and programs.  He has worked for government, non-government and United Nations organizations, private-sector companies and for management and field staff of national and international development and humanitarian agencies in more than 75 countries.  For the last twenty-five years his focus has been emergency management and strategic planning. He is a native Washingtonian, was student body President at Central Washington University, received his Masters’ degree in counseling Psychology at West Chester University and was a Peace Corps Volunteer in Lesotho, Southern Africa. 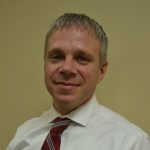 David Hawley is a financial advisor with Edward Jones in Belfair. He’s worked for the firm since 2001 and is a limited partner. He grew up in Port Orchard and attended Washington State University, where he graduated with a bachelor’s degree in finance. He is very active in the Belfair community, serving the Kiwanis Club of North Mason. In 2016, he was named the Kiwanian of the Year by the local chapter. David and his wife, Shawna, have three children. 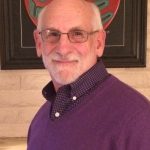 Greg Shimek is a retired telecommunications executive and fly fishing enthusiast. He was born and raised in Shelton, and grew up on Hood Canal, building a passion for clean water, healthy fish and good habitat. In addition to his service with the Hood Canal Salmon Enhancement Group, he has taken an interest in Washington’s coastal cutthroat populations, working with WDFW on research in Puget Sound. He also serves on the board of the Puget Sound Flyfishers. 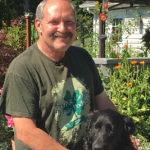 Mac McLean is a wildlife/fisheries biologist whose 40+ year career specialized in fish passage, fisheries enhancement, stream restoration and habitat management. He was a U.S. representative on the US–Canada Yukon River Salmon Treaty Restoration and Enhancement Sub-Committee, and one of Alaska’s representatives on a four–state (Alaska, Washington, Oregon and California) fish passage research advisory council spearhead by the Washington Department of Transportation. During his career with the Alaska Department of Fish and Game and as a private consultant, he worked with major oil, mining, and forestry industries and indigenous groups to maintain healthy wildlife and fisheries habitat in the presence of industrial development. He is a recent arrival to the Washington and is looking forward to applying his expertise to the Hood Canal region. 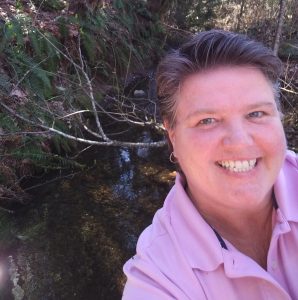 Jeanne volunteered for months with the WRIA 14 Lead Entities Citizens Advisory Committee, and with the Regional Fisheries Enhancement Groups Advisory Board at Washington State Department of Fish and Wildlife, for 10 years, before it became The RFEG Coalition. Currently, Jeanne is also a member on the Mason County Parks and Trails Advisory Board. Her motivation to be involved in The Fisheries Enhancement Groups derives from her love of nature, and her passion to help ensure our local ecosystems stay healthy, for all existing and future living organisms. 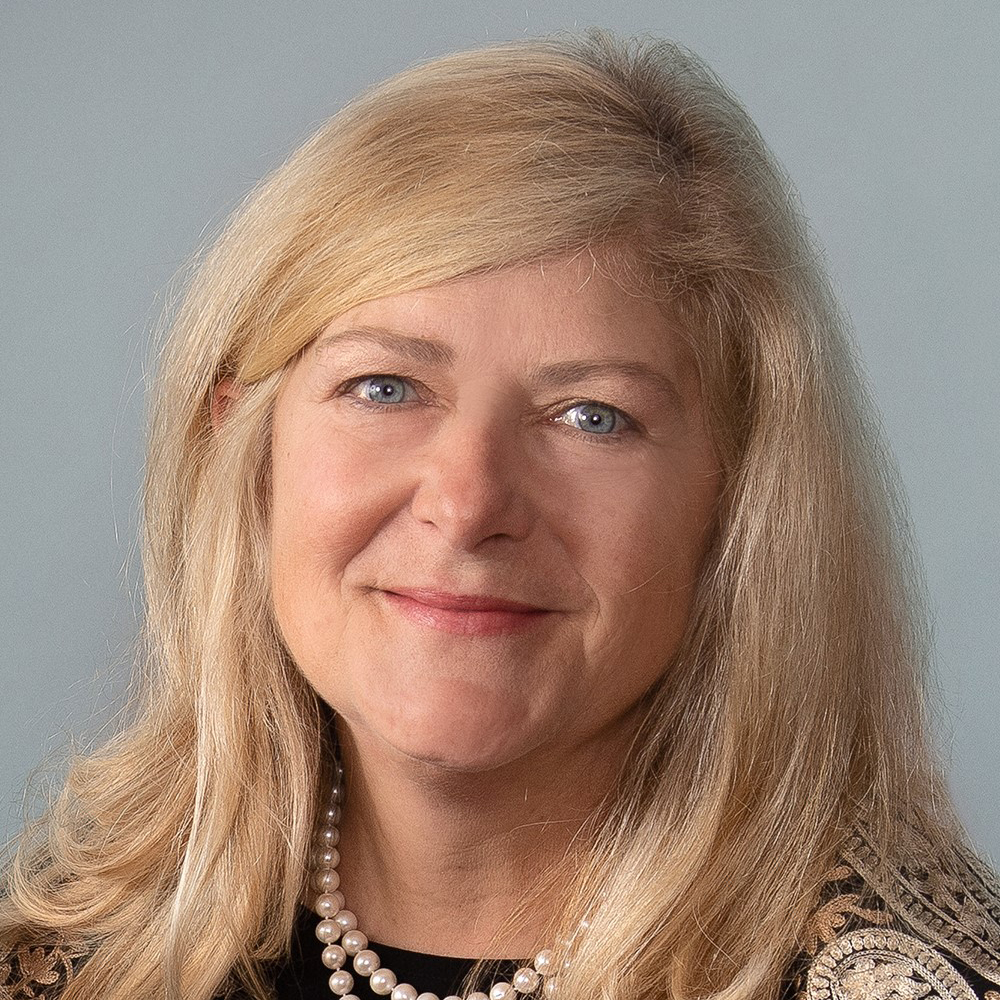 Kelli Kohout is the Chief Administrative Officer at Davis Wright Tremaine in Seattle where she manages the office administration and human resources functions of a 500-attorney international law firm.  In her role as CAO, Kelli oversees office operations, attorney and staff recruiting and development, compensation and benefits administration, regulatory compliance, industry monitoring and firm-wide strategic and planning initiatives.    Kelli was born and raised in Boise Idaho and moved to Seattle to attend college.  She is passionate about nature preservation and enjoys spending time in the outdoors hiking, fishing and skiing.  Kelli is a past Board Member for Treehouse –  the non-for-profit agency helping the foster children in Washington.    In 2018 – Kelli founded the three-day music festival HOODSTOCK.  Kelli’s vision behind the festival is to showcase the talent in the community and raise awareness about salmon preservation.  It’s all about giving back to the community and preserving our natural treasure called Hood Canal.  HOODSTOCK is dedicated to supporting the vision of HCSEG.